The Leica Q2 Monochrom is out of the bag. With a 28mm f/1.7 lens and 47 megapixel sensor without colour filter array, it has almost a two-stop noise advantage over a Bayer colour camera, and from a sensor perspective, delivers maximally sharp images at 35mm (30 megapixels), 50mm (15 megapixels) and 75mm (7 megapixels) crop modes. The images are pixel-sharp because there is no Bayer interpolation done. It’s not needed.

At US$6000, it’s priced the same as the Zeiss ZX1 which has Lightroom included with a strange one-year licensing deal and questions over continued software support. Whether that makes US$6000 the new price point for premium compacts I’ll leave for my esteemed readership to decide, but the Q2 Monochrom does cost a premium over the regular Q2 with the same lens and megapixel count. On the other hand, it’s half price compared to a 40 megapixel M10 Monochrom and 28mm f/2 lens, a reasonably close match in very simple technical terms, although the M10 Monochrom gives the full rangefinder experience with interchangeable lenses and Leica M heritage, for what that’s worth. 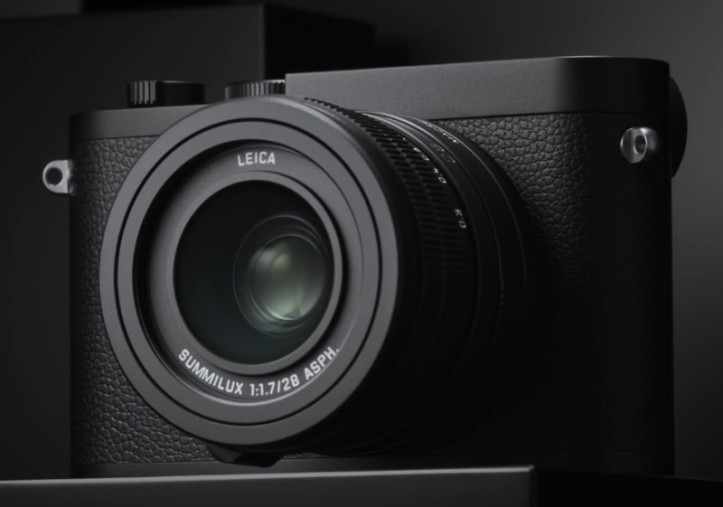 Most technical reviews will gloss over the extreme flexibility of a monochrome sensor. While one could describe the default rendering as bland in spite of the greater dynamic range available through processing the raw files, a monochrome camera can be fitted with a colour filter of your choice to give your images a very personal flavour that will be hard to imitate without knowing what filter you used. It’s a totally secret sauce, in essence, and there’s no limit on how many different filters you can use in a day – or on top of each other! Sure, you can do that with a colour camera, but the experience could be compared to downgrading from a full frame camera to Micro Four Thirds in a scenario that the full frame camera is actually better at (I’ll be the last person to diss M43). What I mean is, you’d be forgoing the sharpness, dynamic range and low light performance available from the monochrome camera.

A monochrome camera essentially puts you within the instrumentarium of legendary photographers of the past, figuring out how to get the best result from a given subject (no spoilers from me yet), in camera, not in post. And right now, Leica is the only company making that experience available to you. Now, you could get any other camera modified the same way by getting the colour filters removed from the sensor – there are cheap enough options to do that, and RawTherapee allows you to process any raw file as monochrome, which means you get that sharpness benefit rather than Bayer demosaicked mush. But I don’t know if those kinds of services step in for the manufacturer’s warranty because the manufacturer surely will have none of it. Long story short, if you want warranty and a monochrome camera, Leica is your game.

This is also a good time for Leica to expand its monochrome range, as improvements in CMOS sensors over time are slowing down, meaning a monochrome camera is now a better investment that won’t be caught up with by colour sensor cameras for probably many years to come. Even so, looking back, if you’d launched a 12 megapixel monochrome camera 15 years ago, like a monochrome version of the Canon EOS 5D, which was then newly released, a colour camera would only now be able to do a better job if converted to monochrome. Let me be honest, I’m not willing to make a projection for what technology 2035 might have in store for us, but I think a 47 megapixel full frame monochrome camera bought today will be competitive for a while.

So let’s suppose we accept the premise of this camera as valid, and take a look at its further merits. Let’s get one thing straightened out – you don’t gain much in compactness picking this camera over an M10 and corresponding lens. The Q2 is a “compact” only in the very technical sense that it has a fixed lens rather than an interchangeable one. The body itself is relatively speaking thin, but the lens is all the deeper for it. There is no real way in which this is “pocketable”. You really need to carry it in a dedicated camera bag or on a strap of some sort (belt/neck/etc.) The lens comes with a hood, which is a good thing, but does further add to the overall size.

Speaking of hoods, you’ll probably want to invest in some accessories to make this camera more comfortable to handle and hold. I would expect these to be pricey if you buy them from Leica, so maybe give consideration to alternate sources unless you’re in the “money is no object” group or in a mood to part with your last shirt.

Having said that, it is stealthier than it’s colourful sibling, in more than one way – the (in)famous red dot is gone, and the markings on this camera are reasonably discreet except for a small patch of white text on the back saying “LEICA CAMERA”, and in the line below, “WETZLAR GERMANY”, all in very serious no-nonsense capital typeface. Whether this was a marketing decision or an engineering in-joke, the Q2 Monochrom can take its own picture in colour, because the camera itself is entirely black and white. (The official Leica site says, “A conscious omission of the classic red Leica logo marks the dedication of the Q2 Monochrom’s commitment to black & white.”)

The viewfinder is an EVF, not an optical one, and has 3.7 million dots for a magnification of 0.76x and, of course, 100% view of the scene. The three-inch rear display has a million dots. Consider yourself lucky, because this means that you’re assured of a monochrome preview of your photograph, which is something no film photographer would have had (unless they were entirely colour-blind).

Taking fair advantage of the low expected image noise, the Q2 Monochrom goes from ISO 100 to 100,000 and if the Q2 regular is anything to judge from, can feign ISO invariance for about three stops. That’s also the limit of its exposure compensation (+/- 3 stops) and exposure bracketing (+/- 3 stops, 3 frames).

Shutter speed with the camera’s conventional shutter is limited to a maximum speed of 1/2000 of a second, which isn’t a lot given its maximum f/1.7 aperture and could easily lead to overexposure in bright conditions without stopping down. However, this is complemented by an electronic shutter rated up to 1/40,000 of a second, which is easily sufficient. Curiously, flash sync speed is a snappy 1/500 of a second, and continuous drive can rattle at 20 frames per second according to Leica. With the camera relying on SD cards up to UHS-II speed, one might wonder how long those bursts last, and there seems to be no official information on that. For long exposures, you can set up to 60 seconds. I’ve seen nothing specific about bulb or tether functionality.

The Q2 Monochrom is both capable of 4k video at 30p and 24p, and likely fully resolves it. FullHD can be recorded at up to 120fps. Automated timelapse recording is also available. The lens has a maximum close focus of 17cm in close focus mode, or 30cm otherwise, and can be stopped down to

The camera has no flash, and so its battery rating of 350 shots would have to be described as modest. However, that’s in service to a fairly pleasant overall weight of 745 grams. That said, I found no information on maximum video duration.